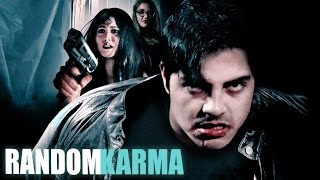 As we like to say at the I See You Awards®, we see you! We see how much work goes into making an independent film. We've shared trailers from two such hard-working indie filmmakers previously, and we're continuing now with number three: the trailer for "Random Karma," from first-time filmmaker Randy Ayres. As we've mentioned in our previous posts, as part of the awards program, the public will have a chance to vote on which films will win a People's Choice Award. If you h
53 views0 comments